Now Korah the son of Izhar, the son of Kohath, the son of Levi, with Dathan and Abiram the sons of Eliab, and On the son of Peleth, sons of Reuben, took men; 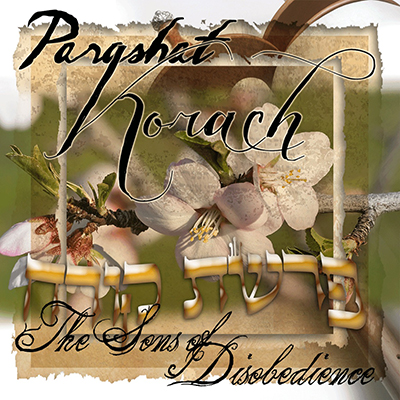 The parashah begins with a dramatic confrontation. Korah gathers together with Datan, Aviram, On, and 250 community leaders, and hurls accusations at Moses and Aaron: You have gone too far, Num. 16:3 “the entire community is holy, every one of them, and Adonai is among them. So why do you lift yourselves up above Adonai’s assembly?”

His claim is classic demagoguery: Korah lies, but his assertions are hard to disprove; he accuses his opponents of his own secret intentions; he appeals to populism, when he is in fact driven by his ego; he distorts the truth with oversimplifications; and he seizes a moment when the people are demoralized and vulnerable.

The Korahite challenge leads to an “incense test” at the Tent of Meeting. Both rebels and loyalists alike bring their copper fire pans with incense; tragically, Korah and his ilk are swallowed up by the earth. While one would expect any traces of the rebellion to be destroyed in the aftermath, God commands Eleazar, the son of Aaron, to preserve the fire pans of the rebels: This symbolic act is profound. The moment in which the Israelite seeks to come close to God through the offering of sacrifices becomes a time of reflection. Copper fire pans that were employed in an attempt to undermine Moses are now considered “kadosh” (sanctified).

The parasha concludes with an entire chapter detailing the duties of the Levites, a helpful lesson in what structured, centered,