"When Balak son of Zippor, realized all that Bnei Israel had done to the Amorites" 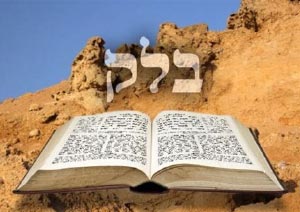 This week’s Torah reading, Parasha Balak, is primarily focused on the Moabite king’s efforts to curse the Israelites. Having witnessed the conquest of the Amorites, King Balak and his countrymen are deeply concerned by the advancing Israelite nation. Scheming to undermine their trek to the Land of Israel, Balak seeks to commission a seer by the name of Balaam in an effort to curse the Israelites and bring about their downfall. Regrettably for Balak, his designs are frustrated and, in the end, Balaam not only fails to curse the Israelites, but utters blessing and praise in their midst. As the parashah concludes, we then turn to the infamous episode of Ba‘al Pe‘or, in which the Israelites go astray, pursuing Moabite women and attaching themselves to an idolatrous cult. For it is not a Moabite king and his emissary that undermine the people of Israel; it is the Israelites themselves that become their own worst enemies by abandoning their Torah, their God, and their core values.

Which we came to the conclusion that, the sword of no stranger, the curse of no stranger had the power to damage Israel. Only the nation itself could bring misfortune, by seceding from God and Torah. For, in the moment we simply see ourselves as just another people, we open the door to illusion and recklessness; we must always strive to be who God’s wants us to be by reflecting the best of Yeshua and the word of God.