Today you are standing, all of you, before Adonai your God  your heads, your tribes, your leaders and your officers  all the men of Israel 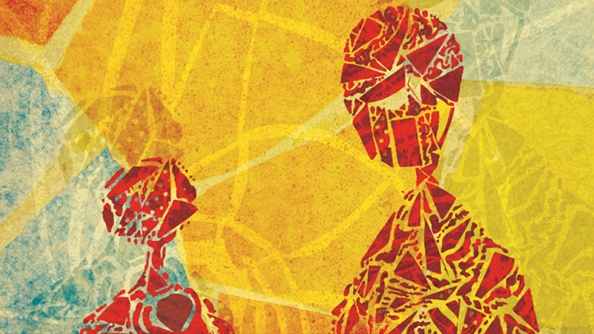 The Parashot of Nitzavim–Vayelech are intimately woven into the rhythm of the liturgical year as they are typically read either immediately preceding Yom Truah (Blow the Trumpet) or during the intervening Shabbat between Blow the Trumpet and Yom Kippur. Indeed, the very opening of this section, with its devotion to the Covenant and returning to God, are rooted deeply in the essence of this Holidays.

At the opening of Parashat Nitzavim, the Israelites stand rooted before Moses and God. A captive and diverse audience, they are recipients of a message that is both immediate and transcendent in nature. They are told, “I make this covenant, with its sanctions, not with you alone, but both with those who are standing here today before the Lord our God and with those who are not with us here this day” (Deut. 29:13). In addition, the Israelites “enter into the covenant . . . to the end that God establishes . . . as God promised to your fathers Abraham, Isaac, and Jacob” (Deut. 29:12). Nitzavim is a very important for every believer in the word of God, and especially to believers in Yeshua the Messiah by the words in Deut. 29:28 The secret things belong to Adonai our God, but the things revealed belong to us and to our children forever—in order to do all the words of this Torah.

Parashat Vayelech, Moses was commanded to come with Joshua to the opening of the tent of meeting, where the role of being the leader officially transferred over to Joshua. Inside the tent of meeting, Moses received a prophecy from God. In this prophecy, God told Moses that the children of Israel will stray from the path of the Torah, and that all the evils and curses described in the previous Parashot will occur. Also found in this week’s reading is the Song of Moses. After he wrote it, he gathered all the children of Israel together to hear it. This poem is both a prophecy as well as a reminder of what will happen in the future; we will read it in next week’s Torah portion