Adonai said to Moses: “Tell the people of Israel, ‘On the fifteenth day of this seventh month is the feast of Sukkot for seven days to Adonai 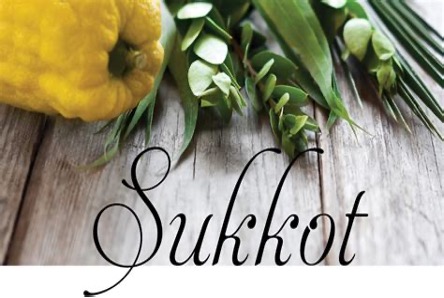 Sukkot is a Biblical holiday celebrated on the 15th day of the month of Tishrei (late September to late October). It is one of the three biblically mandated festivals Shalosh regalim on which we were commanded to make a pilgrimage to the Temple in Jerusalem.  Sukkoth, in English the Feast of Booths. In this feast, we understand the people of Israel who dwell on booths for 40 years and understand that Yeshua is our Tabernacles, a tabernacle of praise in our lives.

The name of the holiday is frequently translated "Feast of Tabernacles," which, like many translations of Hebrew terms, isn't very useful. This translation is particularly misleading, because the word "Tabernacle" in the Bible refers to the portable Sanctuary in the desert, a precursor to the Temple, called in Hebrew "mishkan." The Hebrew word "sukkah" (plural: "sukkot") refers to the temporary booths that people lived in. It’s traditional at the end of Yom Kippur’s (Day of Atonement) fast, after the meal, man will go and plant the first stake of the Booth or Sukah in Hebrew.

There are two Feast who are influence by the Agriculture time in their celebration: one will be, Shavuot the first harvest and Sukkoth the last harvest, which comes from the verb la’hasof meaning to collect or to gather, that is way in Judaism the feast of Sukkoth commemorates the forty-year period during which the children of Israel were wandering in the desert, living in temporary shelters. Agriculturally, Sukkoth is the last harvest, referred to as Chag Ha-Asif, or the Festival of Ingathering.