Now the Lord said to Moses, “Go in to Pharaoh; for I have hardened his heart and the hearts of his servants, that I may show these signs of Mine before him 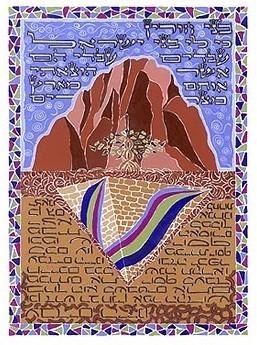 In this week’s Parasha we find in Exodus 12, which contains the teachings and instructions of God concerning Passover. The Torah is best defined as a combination of instructions and commandments where we are authenticated and explained by the story whose purpose is to motivate us to live by the teachings of God.

As Parasha Bo opens, the intransigence of Pharaoh increases as well as the determination of God, Moses, and Aaron. Pharaoh’s heart ossifies, and God brings the wrath of the final plagues upon the Egyptians. And although it is the death of the firstborn that brings Pharaoh to the cathartic release of the Israelites, the penultimate plague of darkness is a profound turning point as the Israelites near their freedom. The moment reminds one of the creation of the world, when God initially separates light from darkness. How fitting it is that this symbol comes into play as the Israelite nation is born. A tangible darkness blankets the Egyptians in chaos as the Israelites “enjoy light in their dwellings” (Exod. 10:23). Ostensibly, since the Egyptians cast the Israelites into the darkness of enslavement, Pharaoh and his countrymen now become the victims of their own ruse.

The drama of this Parasha is mostly terrifying. The mounting confrontation between the People of Israel represented by Moses and Aaron (but really God) – and the Egyptians – represented by an unnamed Pharaoh, reaches its crescendo with the last three of the ten plagues. Moses cares not only for his own safety, but also for that of all the Israelites. Every creature, from the smallest sheep to the oldest bull, from the tiniest baby to the oldest woman, is his responsibility – and he’s willing to risk his own freedom and even his own life to ensure they are freed. It took until the 10th plague – the death of firstborn Egyptian humans and livestock--for Pharaoh to be broken and surrender to Moses’ demands.