And Jethro, the priest of Midian, Moses’ father-in-law, heard of all that God had done for Moses and for Israel His people—that the Lord had brought Israel out of Egypt. 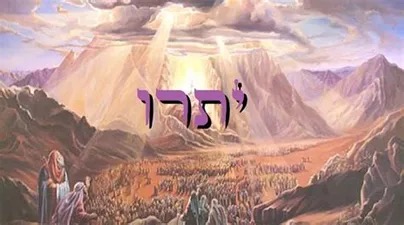 We have now come to Parasha Ytro in our annual Torah reading cycle, arguably the most significant sedra in the Humash. While Parashat Bereshit we see the great power of the creation stories and Parashat Beshallah includes the narrative of the Exodus from Egypt and the miraculous crossing of the Sea, it is in Ytro that we see the culmination of that crossing, for here in Parasha Ytro we read about our first connection to the Torah. From both a literary and theological point of view this Parasha is deeply concerned with “voice.” Who speaks and what is spoken? How much is heard by the people? Early we read about God says to Moses, “I will come to you in a thick cloud, in order that the people may hear when I speak with you and trust you ever after” (Exo. 19:9).

Here it appears that the people will be overhearing the conversation between God and Moses in order to validate Moses’s leadership. Almost immediately following this interchange, Moses leads the people out to the foot of the mountain to hear the Ten Commandments, from Hebrew the “aseret hadivrot” in Exod. 34:28, meaning “The Ten Words”.

The most difficult matters would be brought to Moses’s attention, the remainder being attended to by a judicial system populated by God-fearing, upstanding, wise men. Moses listened to his father-in-law and implemented his suggestions by doing “all that he had said.”

Resolving conflicts between one another is defined as inquiring of God. It is not only a matter of seeing to a well-ordered society, which requires a method of conflict resolution in order to enable disputants to carry the correct balance between them, but also a matter of clarifying the will of God in order to reveal the truth and render justice in the situation at hand.